We know your area

Talk to Nigel for advice

We are the local
BATRIBIKE Service Centre

FIXBIKE – The Cycle Shop, is the local official Batribike stockist in Weymouth, Dorset. Nigel at FIXBIKE is enthusiastic about all forms of two-wheeled transport and the friendly shop offers sales and servicing.

Nigel has recently taken over as the official Batribike stockist in Weymouth from Tim’s Cycle Shop when Tim retired. Nigel will be happy to service the bikes of existing Batribike owners and looks forward to demonstrating to new customers..

ELECTRIC BIKES FOR THE 2012 OLYMPICS 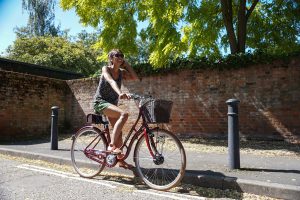 Batribike has been helping the residents of Weymouth to get about for several years. In fact officials used Batribike electric bikes to get around the town during the Olympic Sailing event in 2012.

Weymouth is a popular tourist destination on the World Heritage Jurassic Coastline. An electric bike is great way to take in the sights of the countryside and the coast. Taking the strain out of hills and headwinds and giving the rider the chance to explore further afield.

Electric bikes Weymouth are great for commuting too, allowing the rider to maintain a chosen speed rather than having to slow down for hills and inclines. They can also help the rider to get up to speed efficiently when starting off from junctions and traffic lights reducing wobble and increasing safety. 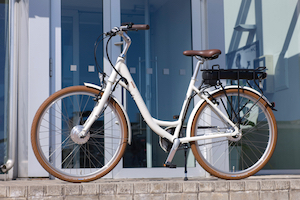 Dorset County Council is keen to promote cycling and the county has many traffic free cycling routes. The ‘Dorset For You’ website has downloadable cycling routes for leisure and commuting, while reinforcing the message to take up cycling for fitness, health, leisure and economy.
From Weymouth itself there is a cycle route that takes you past the RSPB Radipole Lake nature reserve. Giving the rider lovely views across the lake and over the reed bed.