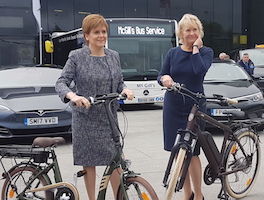 Scotland’s First Minister, Nicola Sturgeon, was in Glasgow today to promote the Innovation Fund. The fund will support the development of low carbon energy infrastructure, such as electric battery storage, sustainable heating systems and electric vehicle charging. The Scottish Government is also looking to end the need for new petrol or diesel vehicles in Scotland by 2032.

Nicola Sturgeon and Environment Secretary, Rosanna Cunningham, were photographed with the Batribike Sigma and Batribike Alpha electric bikes in front of a range of electric vehicles, at the Transport Museum in Glasgow today. 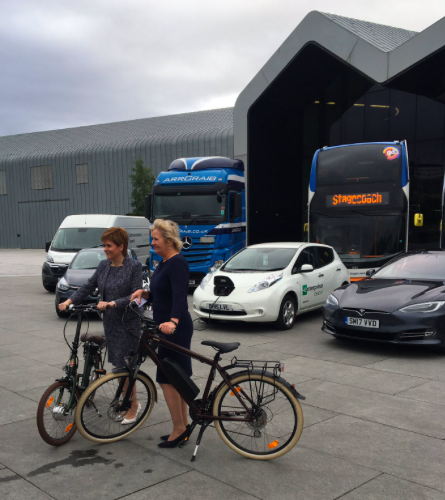 The Environment Secretary said that the Government plans also include the introduction of Low Emission Zones in Scotland’s four biggest cities, between 2018 and 2020.

Electric bikes are an ideal solution to transport issues in cities, allowing riders to wear destination clothing, and to make use of traffic free routes.